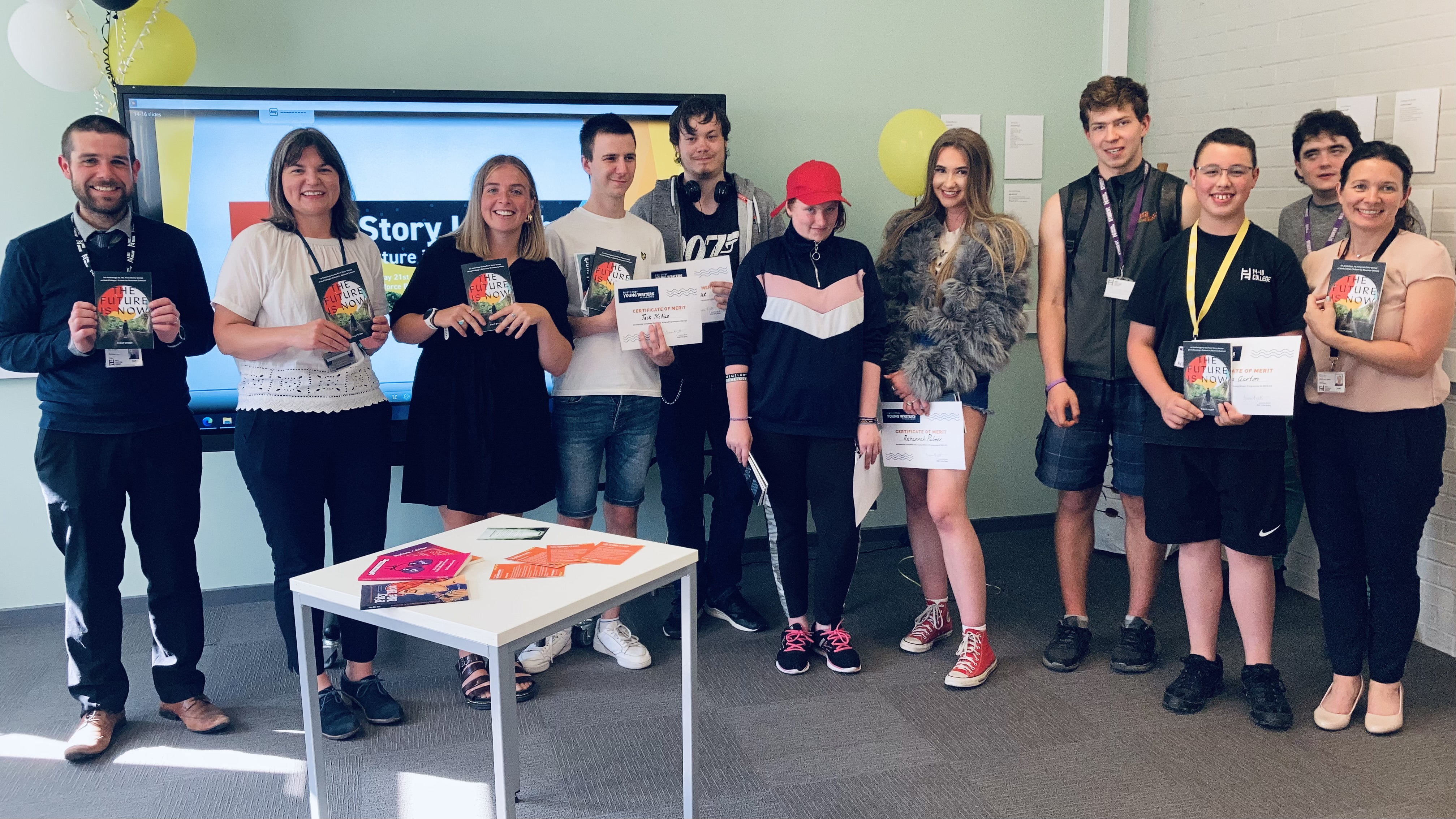 14-16 College and Core Foundation students have displayed their creative writing talents over the past year which has resulted in their work being published in a book produced in collaboration with First Story - a national charity dedicated to empowering young writers through writer-in-residence opportunities.

'The Future is Now' is an anthology of new writing by all students who participated in the project. The two cohorts worked closely with Hull-based writer-in-residence Maureen Lennon to develop all of the pieces included the book, which was launched at a special event staged at 14-16 College this week and saw several readings from some of the writers featured in the anthology.

Writer-in-residence Maureen Lennon said: "It was an amazing experience to work with the students on this project. I loved them all from day one - they were tenacious, confident in who they were and weren't afraid to speak up. I was taken aback by the bravery of these young people.

"To write something authentic and truthful, which shares a little bit about you, is an incredibly brave and exposing thing to do. Every student did that consistently in our sessions week after week. Both groups were unique, filled with distinct characters and I hope they're incredibly proud of what they have produced."

Get our news earlier, let’s get in touch.