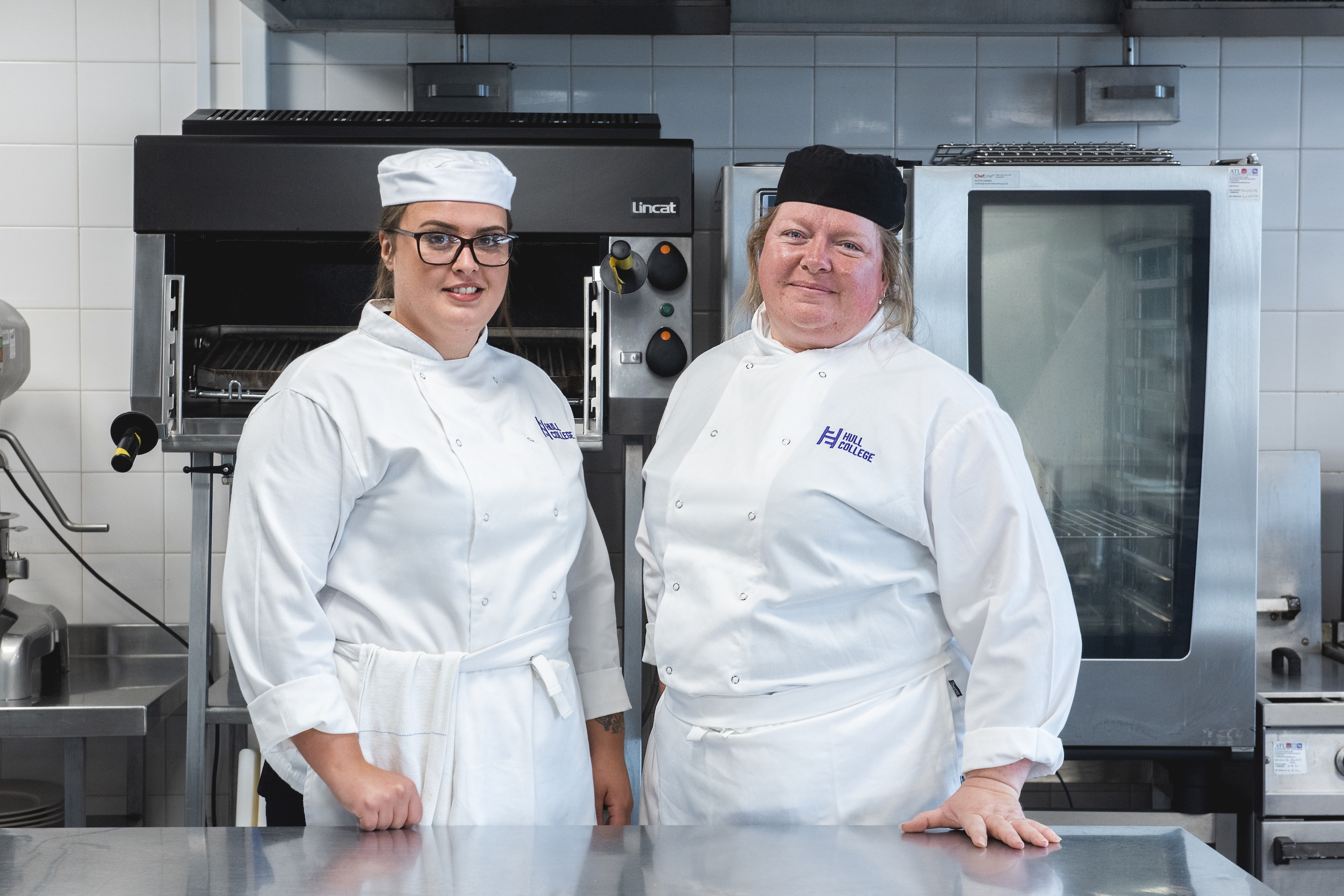 We are extremely proud to announce that two Catering students from Hull College - Cherie Buckingham and Joanne Tills - have been selected to compete in the national finals of the prestigious WorldSkills UK competition.

The duo will join over 400 students and apprenticeships in the national finals inNovember after being selected as the top performers in their chosen skills from national qualifiers held across the UK.

Cherie is one of only eight students across the UK to secure a place in the final forCulinary Arts after wowing the judges - who are all members of Craft GuildChefs and professionals in their own rights - with her practical skills and supporting portfolio evidence.

Joanne, meanwhile, claimed one of the eight finalist spots in the Patisserie and Confectionery section following an impressive showing in two video-link heats, with her entry also supported by a portfolio of evidence to showcase her hands-on practical activities.

Following 2020 and a year without competitions, over 3,000 people took part in the UK-wide competitions back in March. The finalists will compete for gold, silver and bronze, with the winners crowned at a ceremony hosted by TV presenter Steph McGovern from her Packed Lunch studio on Friday 26th November. This year sees the finals taking place in locations across the UK for the first time, with both Cherie and Joanne heading to Glasgow in their bid to bring a medal back to Hull College.

Reflecting on securing a place in the finals, Cherie said: “Reaching the national finals is a proud achievement, albeit one that did come as a bit of a shock. I didn’t expect it whatsoever! There’s been plenty of hard work so far, and I know there’s still much more to come. It’s a once-in-a-lifetime opportunity and to have secured my place in Glasgow means an awful lot. It really is amazing, and even though I’m a little nervous, I can’t wait!”

Joanne added: “I was lost for words when told I had made the finals, but I’m thrilled to bits, absolutely thrilled! It’s come on the back of a lot of hard work and dedication, but it’s all been worth it. I’m so proud of what I’ve achieved to get to this point. There’s still so much practice and preparation to come ahead of the finals, but the experience of competing will be more than worth it.”

Catering students at Hull College are no strangers to WorldSkills success, with StevenLodge representing both the college and the UK at the world final stage in Abu Dhabi in 2017, finishing as the 6th best Patisserie in the world. Another former student - Arron Penn - claimed a gold medal at the 2013 event but was unable to compete on the world stage due to age restrictions, while Connor Stow achieved a bronze medal in the national heats back in 2017.

Get our news earlier, let’s get in touch.